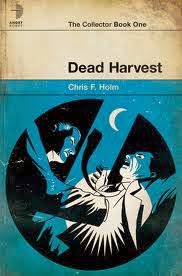 I'm long overdue on giving DEAD HARVEST some much-deserved love. Author Chris F. Holm has taken death out of the hands of zombies and put it back where it belongs: with angels and demons. This highly original tale of a Charonesque character, Sam Thornton, who collects the souls of the newly dead-and-damned is spun inside out when one of the "damned" turns out to have the purest soul Sam has ever encountered. Convinced that his bosses have erred (they don't -- not ever), Sam determines to keep the girl alive whatever the cost. And with both angels and demons on Sam's trail, the cost will be, uh, sky high. (Sorry, couldn't resist.) For more eloquent takes on this terrific debut novel, check out the reviews at LightSaber Rattling, The Debut Review, and Dark Central Station. Or if you think I named only the good reviews, you can Google the book yourself and see a whole host of reviewers who liked the book as much as I did. Book two, THE WRONG GOODBYE (and I love the word play of the titles giving homage to Dash Hammett and Raymond Chandler) will be released in October, 2012. 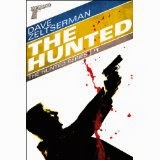 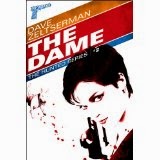 Dave Zeltserman's talent is not only prodigious, it's prolific. THE HUNTED and THE DAME are a pair of novellas (Kindle format only) in what may well turn out to be a longer series of such. The protagonist is a hit man who attempts to part ways with his employer: the Federal government. Like the mob, the Feds don't really just let you walk away when you know too much. And from there springs the action, and if you're at all familiar with Zeltserman's work, you're familiar with how he can spin that action in unpredictable ways. The main character, Dan Willis, is a nod to Donald E.Westlake's amoral Parker, and the novellas themselves read like the men's action series of the 1970s (think THE DESTROYER and THE EXECUTIONER series). The novellas may not be classic lit in the sense of Zeltserman's riveting novel, THE CARETAKER OF LORNE FIELD, or noir like his superb man-out-of-prison trilogy (SMALL CRIMES, PARIAH, KILLER), but they are a lot of fun. Hey, not only do I love Westlake's Parker but I'm a fan of Remo Williams, too. Count me in. 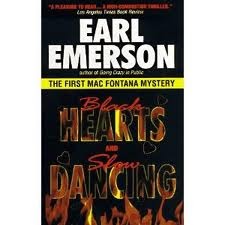 Earl Emerson recently released the first of his Mac Fontana series, BLACK HEARTS AND SLOW DANCING, in ebook form. Seemed as good an excuse as any to re-read a book I remember enjoying immensely, but read so long ago that the details had vanished from the ether of my memory. Now I'm kicking myself for not having re-read the series before now, because these books are flat-out terrific. After renewing my acquaintance with Mac in the first book, I jumped right into the other Fontana books, although they are not yet available in ebook format (though the author has plans to rectify that this summer.) I just finished MORONS AND MADMEN, third in the series, a book which is stellar on so many levels that -- wait, I'm supposed to be talking about a different book. I'll get back to you on M AND M when the ebook is released.) Okay, as for BLACK HEARTS AND SLOW DANCING:

The small town of Staircase, Washington, recently hired Mac Fontana as its new Fire Chief, a job for which Mac is perfectly qualified. And while he may not have the perfect qualifications to temporarily fill in for the Police Chief (who may be a trifle, uh, bugnuts), he gets sucked into that job anyway, and just in time for a truly nasty murder. A Seattle firefighter is found tortured and mutilated in the woods, and the search for his killer will lead Mac back to an urban landscape as dangerous as any fire. Mac Fontana is very much a man's man kind of character. There's no backing down in Mac's nature, which makes me think he'd get along great with Joe Pike. But along with highly intense action scenes (there is a scene in which Mac is left to die in an oil tank, one of the most frighteningly realistic scenes I've ever read; and the action-packed finale is better than anything Hollywood has pulled off in the DIE HARD series), the author deftly infuses the story with humor, realism, and well-rounded characters. This is a series that deserves to be (re-)discovered.
at 9:35 PM