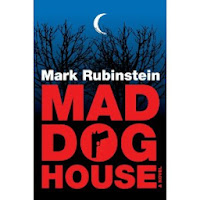 What to say about Jussi Adler-Olsen's THE KEEPER OF LOST CAUSES? How about: Just read it. Oh, you want to know why? Wonderful characterization. A truly thrilling thriller. Dialogue that will make you smile. Yes, you will figure out ahead of the reveal why the baddies are doing what they are doing, but you will not stop caring about their victim or the two men, police detective Carl Mörck, and Syrian immigrant and janitor (yes, you read that right) Hafez el Assad, who are determined to solve the case of a politician who disappeared five years earlier. Mörck and Assad are a wonderful new detective team and I have no doubt I'll be seeing the author's name at the top of the bestseller lists in the near future. HIGHLY RECOMMENDED.
at 8:00 PM 2 comments:

A brieft hiatus from the longer hiatus...

An unexpectedly free hour today leaves me with time enough -- I hope -- to express myself regarding some recent reads. Then, I have no doubt, will come another long silence from this corner. I have some hope that next summer will bring more free time my way. Until then, this is all I got.

In 1929-30, a string of assaults, rapes, and murders occurred in Dusseldorf, Germany, that were attributed to Peter Kürten, a career criminal. Among the victims he eventually admitted to killing was 35-year-old Emma Gross, though he later retracted that confession. No evidence linked him to that crime, and he hadn't the knowledge of time, place, or body positioning that would have implicated him in the strangulation death of Emma Gross. Her killer was never caught. Novelist Damien Seaman weaves a fascinating tale of obsession - compulsion around these events in THE KILLING OF EMMA GROSS, providing a credible killer and motive for her murder while weaving in the atmosphere of a city in the grip of fear for months while police chased the Dusseldorf Ripper. Chalk up another dark winner for small e-press Blasted Heath.

The second entry in Ace Atkins' Quinn Colson series, THE LOST ONES, shows the author taking more of an ensemble approach to these books, instead of the popular but overused lone-hero approach. The character of Colson, a county sheriff, will forever have my heart because no matter what other problems crop up in his fictional county  -- gunrunning, drugs, political corruption, etc., -- they never outweigh a problem like child abuse. Colson is sympathetic and interesting, but so are his deputies and his friends and family. The author has all kinds of room in future books to further deepen and define both the good and the bad folks who inhabit Tibbehah County.

It's no secret that this blogger is a fan of Dave Zeltserman's work, and for good reason. Short stories, novellas, novels; noir, classic crime, horror, paranormal -- the guy can do it all. His most recent release, MONSTER, is an ambitious stretch for him, marrying his story to Mary Shelley's original FRANKENSTEIN, OR THE MODERN PROMETHEUS while yet flipping it a full 180 degrees. No surprise, Zeltserman succeeds in capturing the feel and mood of the classic while one-upping Shelley on the horror aspect. Victor Frankenstein is not a tortured man of genius whose aspiration to play God gets out of hand when he creates a thing of evil. Instead it is Frankenstein who is the evil one (along with a guest appearance by the Marquis de Sade), while the monster is an innocent, tortured by his continued existence and the loss of his one true love, brutally murdered by Frankenstein. Shelley's theme, men who would play at God, is countered by Zeltserman's take: men who would play at Satan. And in both stories, it is men who would simply be men who suffer the most at the hands of those who see themselves as superior. Fans of the original tale should enjoy this book immensely; readers new to the literary Frankenstein will enjoy the weaving in of vampires, wolves, severed heads that talk, paintings that come to life, and of course the monster himself. Teachers of Mary Shelley's classic would do well in future to assign MONSTER for contrast and comparison and downright fun.

A re-read of THE MONKEY'S RAINCOAT for my book club was a welcome look back at the beginning of The World's Greatest Detective, Elvis Cole, and The World's Most Badass Sidekick, Joe Pike. In this award-winning debut novel, a wisecracking Elvis looks for a missing husband and finds himself up to his Hawaiian shirt in shady characters, drugs, and murder. Joe Pike fans should re-read this book once in a while just to remind yourselves how close the world came to losing Pike forever. I went to book club armed with deep analysis and counter-arguments and a Colt Python, but none of it was necessary to convince anyone to read further in the series. I really must learn to trust author Robert Crais to sell his own books. He does a far better job of that than I do. And with less violence, too.

PLACES, PLEASE! BECOMING A JERSEY BOY by Daniel Robert Sullivan. What, you say, YOU reading a non-fiction, non-crime-related title? Lud, what has the world come to? But you fans of the Broadway musical, JERSEY BOYS, you know why I read this book, right? See, fans of the show often see it multiple times (check); and if you see different productions you see different actors in the roles (check). And when you see different actors in the same role, you pick favorites (check!). Daniel Robert Sullivan is my favorite actor in the role of Tommy DeVito, the founder of the rock group, The Four Seasons. It's a role that requires not only sharp talent in the singing, dancing, and acting areas of theatre, but also exquisite timing if the role is to carry the weight that it ought. Sullivan delivered, and in spades. His book is a simple retelling of the extremely complicated process -- two years -- it took to audition and win a place in the Toronto cast. This book is really aimed at aspiring stage actors, but the details regarding the hard work and sacrifice that go into achieving and living one's goals will be lost on no one.

I never thought that a book about scheming, manipulative high school cheerleaders could be so intense, but this story, DARE ME, about the friendship between narrator Addy Hanlon and her best friend, and captain of the team, Beth Cassidy, is anything but juvenile. Author Megan Abbott reveals raw passion in the simplest of actions: turning off a cell phone, watching one person whisper to another. One can read the story superficially as a whodunnit, but for this reader the story is all about friendship; and not about the nice, courageous things one will do for a friend but rather the terrible, vicious things one will do to hold on to a friend who is drifting away. This is the first book I've read that has shown the too-close -- dangerously close -- relationship that sometimes develops between teacher and students. Having experienced that first-hand lo, these many years ago when I was a high school sophomore, the partying and gossiping and not-so-casual betrayals of Addy Hanlon's world rang all too true. The insular, animal world of these upper-middle-class girls is revealed in the way they microscopically examine each other for signs of weakness. At book's end you should be asking yourself whether you have ever been as passionate for one single person as these girls are. And then ask whether you are lying to yourself. HIGHLY RECOMMENDED for outstanding characterization, prose, tension, and theme.