At what should be the busiest time of the year, I am finding enough free time to finally begin catching up on reading and posting. I've a long way to go still, but I'll begin with comments on some of the reading I was able to accomplish in the past several weeks.

If you're into digital reading, give a look to Chris F. Holm's terrific collection of stories, 8 Pounds. Not only are the stories stellar but you get all eight for only 99 cents. Seven Days of Rain, a superb story about an old crime that just won't stay buried, won a Spinetingler award, while The Big Score, a Derringer Award finalist, evokes images of Bogart in Key Largo or To Have and Have Not with its tale of fishing trawlers and gun deals and tough guys. And if the events in A Better Life don't result in your freaking out the next time you hear a mouse in the house, it's time to take your Sensitivity Zone in for an oil change.

Frank Zafiro has produced Dead Even, a print collection of River City stories, based on characters from his novels which are set in the same locale (a fictionalized version of Spokane). By and large, the stories are police procedurals and are grouped by main character. The author is a police officer in Spokane, and River City is a fictionalized version of that city. Thus he lends a gritty credibility to his stories, though I could wish for greater tension throughout. 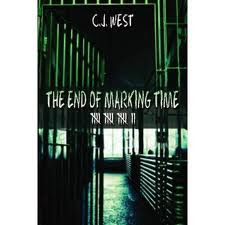 The End of Marking Time by C.J. West has an intriguing set up: What if jails were outlawed by the courts, and felons were instead monitored via electronic tracking 24/7? What if they had to undergo "re-education" but had lost all their rights? What if that one second chance was all a felon got, and any further offense resulted in the ultimate penalty? The book begins well, the main character is a fascinating blend of narcissism and self-reliance, but halfway through the overly-detailed plot eventually drags down the tension. The writing is good, and the main character is wonderfully developed, but in the construction of a novel this is a case where less plot would be more. That aside, West asks some interesting questions about the criminal justice system and its future that make this book worth the while. 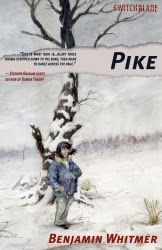 Benjamin Whitmer's Pike is not for readers who like their death and violence with tea and crumpets, or who insist on having a 'good guy' as a hero. The story revolves about Pike, his granddaughter, and a corrupt cop who displays an odd interest in the little girl. Whitmer has a distinct voice, tells a gripping tale, creates well-drawn, conflicted, streetwise characters with deep resources of anger. Yet ultimately I found the story unsatisfying, more surface than substance. While I'm not as enamored of this book as other reviewers whose opinions I respect (here, here, and here), I'm convinced that Whitmer has the chops to knock me off my critical block with some future book.

Well worth the time just for the fascinating main character, is R. Scott Bakker's Disciple of the Dog. There are an abundance of PI novels, particularly the PI-with-a-defect sort, so this book might have a hard time finding an audience. And it would be too bad if there isn't a series to come of this one. PI Disciple Manning has total recall of everything he's ever heard. If you think that makes him a good detective, bzzzzt! and thanks for playing. Neurotic, self-absorbed, womanizing slacker - that pretty much sums up Diss. The case revolves around a woman who disappeared from a cult's compound, and although the plot is anorexic, the character of Disciple, from his irreverence to his fearlessness, as well as Bakker's sharp pen and sharper observations, keep those pages turning.
at 12:00 AM