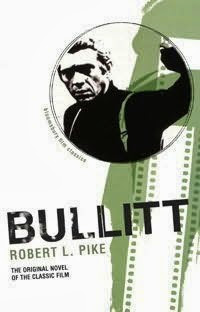 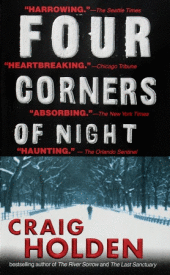 So you liked Dennis Lehane's GONE BABY GONE, and you're also a fan of George Pelecanos, but you say you've never heard of Craig Holden? Then you are missing out on a terrific novel by Holden, FOUR CORNERS OF NIGHT. If you think Lehane addressed a tough question in how far one will go to protect a child, you ain't read nothing yet. When most thriller blurbs ask that question: How far would you go to protect your child?, they really mean would you kill to protect your child, and the answer is yes, most of us would readily kill for and die for our child. But what if it meant cutting that child out of your life completely, so that you could protect your child this one time but never again, because you would never see that child again? What if it meant betraying and abandoning everything and everyone else you've ever loved to save this one child? Could you do that? Walk away from child, family, friends, job, lover, husband, home - never to be seen again? Think about it, long and hard. Read this book. Ask yourself what you would do differently. HIGHLY RECOMMENDED.
at 10:30 AM