The name is Clara. Clara. Not Clarice. 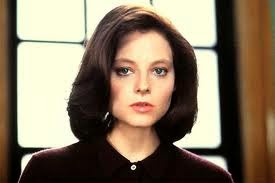 So let's not talk about her.

She's kind of wishy-washy anyway, compared to Clara. That's right, Clara. Hit-woman extraordinaire, Clara Rinker is far and away my favorite of author John Sandford's many fine villains, including the ultra-creepy Dr. Bekker.

I agree with that statement, too, but I make an exception for Clara Rinker. Clara's anything but stupid. She's very intelligent, very cautious, researches and plans her kills for speed and efficiency, and knows that the St. Louis mob she (mostly) works for will readily kill her to prevent her trading any of them for lenience should she ever be arrested. She can trust no one, and she plans and prepares accordingly, including putting herself through business school.

Nor is she dangerous because she's stuck in a corner. She's dangerous, full stop. She's not a cornered rat. She's too smart to let herself get boxed in. Time after time, she's one or even several steps ahead of Lucas and his team. Always, always, she leaves herself a way out. She's bold, but her boldness is always calculated.

So what does that leave? Oh, yeah. The two-legged monster. Nope, she's not that either. She doesn't kill for pleasure; that's just a job she happens to be good at. She's also good at running her bar and at bookkeeping. And she's capable of love and loyalty and deep emotion.

In Clara Rinker, John Sandford has created his most memorable and sympathetic villain. As a result of being sexually abused by her stepfather and older brother, Clara ran away from her Arkansas home when she was 16. She turned to exotic dancing to make a living until one night she was raped by a customer. She set the rapist up for a kill, and when her bosses determined she had a natural talent for wet work, her career as a mob hit-woman took off. 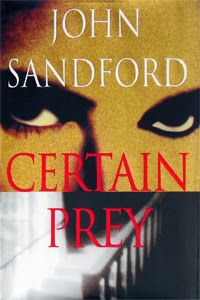 Capable of hiding in plain sight, that's Clara. She's a chameleon. The FBI knows they have a hit-woman on their hands but that is the sum total of all they know about her -- until Clara takes a non-mob client in Minneapolis and Lucas Davenport gets involved. Clara's client is a sociopath of the first order, a lawyer who both befriends Clara while dragging her ever deeper into danger. Clara doesn't worry about her crazy client, or how smart Lucas is or his intimidating reputation. The only thing that bothers her, nags at her really, is that he appears to be very lucky.  At one point in the first book which features Clara, CERTAIN PREY, Clara even dances with Lucas. She knows who he is, that he's getting close to identifying her, but he thinks she's just a pretty woman who runs a very nice bar. When he discovers how wrong he is, even Lucas has to admire her poise -- and her brass, which she further displays by directly confronting Lucas in a shoot-out that is, for the reader, both heart-stopping and hilarious. Without providing too much in the way of spoilers, at book's end Clara makes a clean getaway with the FBI and the mob both wanting her. The Feds think they can make her sing (they can't), and the mob thinks what the FBI thinks. Kirkus Reviews wrote of this book that author Sandford "hits a home run over the curve of the earth." I don't disagree, but am left wondering how to heap even more praise on MORTAL PREY, the second book in which Clara appears. 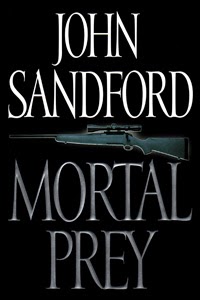 If Clara is sympathetic in the first book, the reader is almost entirely on her side in the second book, the events of which occur some three years after CERTAIN PREY. Hiding out in Mexico, keeping a low profile, Clara works as a bookkeeper until one day at lunch her lover is killed by snipers. Clara, too, is wounded and her unborn child dies. Angry, grief-stricken, and knowing full well that the mob has finally found her, she does something she hasn't done since she was raped: she kills for revenge. This petite woman taking down wary, well-protected mobsters one after another while dodging Lucas and the FBI makes for tense, action-packed scenes. Even when Clara kills an FBI agent, one whom the reader has come to know well, it's hard not to sympathize with Clara's reasons for doing so (which involve the suicide of her younger, mentally deficient brother), all the while knowing that Clara has now crossed a line she can never cross back again. At book's end, although the reader is happy that Clara fails once more to get Lucas in her crosshairs, the reader cannot be entirely happy with the turn of events. Clara is, in many ways, the flip side of the coin that is Lucas Davenport. It is only Lucas's recognition of a like mind and spirit that allows him the insight which leads to vanquishing her. And Clara's downfall is not the hubris of so many villains, but is a result of the deep loss that leaves her without any real desire to rebuild and reinvent her life yet one more time.

I think no one has created so many memorable and unique villains in crime fiction as John Sandford, but in Clara Rinker he created a complex creature in whom the reader can find as much to admire as to loathe.

Thanks to blogger extraordinaire Jen Forbus for creating and hosting the Heroes and Villains Theme Week. Be sure to check out Jen's blog and vote in the ultimate hero versus villain poll. Friday, the 20th, is the last day to get your vote counted, so don't waste time.

Also, everyone who comments on one of my posts this week -- that would be today's post, as well as the Doctor Death  and the An almost ordinary hero posts -- will have his/her name entered into a drawing to receive the newest Lucas Davenport novel, STOLEN PREY, in either hardback or ebook form, when it is released on May 15, 2012. You can click here to read the first chapter free. 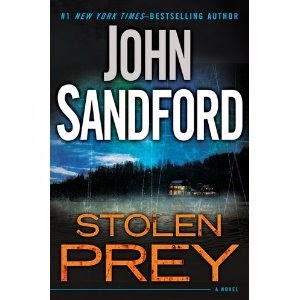