Leo Desroches is a hardened journalist, but he's been hardened by more than just the job. Leo is a gambling addict. He's lost his wife and children, his home, and his career to his addiction. But Lady Luck sometimes pays off, though never as much as one bets overall, and Leo at last has a job on a newspaper again. He's through living on the streets and is determined to stay clear of the casinos. But he's still addicted to playing the odds against enormous risks. Given the opportunity to write an investigative piece on the murder of a young native woman, Leo begins to find evidence of a serial killer at work for many years in Edmonton. The streetwalkers know it's true. The police staunchly deny it. When Leo gets his hands on a decades-old police file that could bring down the entire police command structure, he has to decide whether the odds on living much longer are in his favor.

Leo Desroches is an original. Not giving any spoilers here, but his unusual coping mechanism to keep himself out of the casinos is not one that will have people cheering for him, but it will keep readers on their toes. By the end of chapter three, Leo had me reeling and I knew I had to know all there is to know about this character. Leo is an ethnic blend of Cree and French-Canadian, but the Cree doesn't show up in his face. He knows next to nothing about his native heritage, and is uncomfortable with any effort to alter that, although he has some curiosity about it. The author explores his conflicted character in a way that stops well short of yawning angst, yet gives a fully developed portrait of Leo, his strengths, his weaknesses, and the out-and-out flaws that would make him impossible to live with. But in the course of his investigations, Leo finds in himself two dichotomous traits he may not have previously been aware of: mercy and retribution. (He's treacherous, too, as so many reporters are, but he's known that for a while.) Whether, at story's end, Leo has done right or wrong is almost irrelevant. What he does is true to his character: he plays the odds. The greater the risk, the more of himself he invests. And Leo bets it all, every time.

The author uses Leo's job and his heritage to touch on many issues throughout the story: how native people are portrayed in the media; the discrepancy in the depth of official investigations of the murders of whites versus a more shallow approach to the murders of natives are but two. Although he shines a light on official police tolerance of their own crimes, he fairly acknowledges the presence of the many good cops. Happily,
Leo's character never stretches into Super-Reporter. What Leo gets, he gets through old-fashioned scutwork or by being lucky enough to be in the right place at the right time. Maintaining the authentic image of the daily grind of a newsroom while writing to a story arc is difficult to achieve, but Wayne Arthurson has done an excellent job. Leo is a fascinating character and Edmonton has much to offer as a new landscape for lovers of crime fiction.

Although Leo, in first person, occasionally wanders off into some light exposition, it's never for long (unlike a certain late Swedish reporter-turned-novelist). Action and dialogue and intriguing plot turns swiftly follow. FALL FROM GRACE is the first of at least two Leo Desroches books, so the style should become even smoother as the writer gains comfort in the long-fiction form.

PI J. McNee was last seen nursing his grief and a crushed hand in THE GOOD SON. In the newest book, THE LOST SISTER (out today), McNee is still grieving but is slowly becoming a bit more involved in the world around him. When the case of a missing teenage girl, an only child, is put before him, he really doesn't want to know, not until he learns that the girl's godfather is a mobster, the same nasty piece of work to whom McNee owes thanks for that crushed hand. All along McNee's instincts tell him that his client, a highly temperamental fellow from out of town, isn't quite on the up-and-up. But every time our hero tries to back out of the case, his own curiosity and his desire for a little payback on the mobster suck him back into the search. This won't be the hardest case McNee will ever crack, but it may well be the bloodiest.

The idea of dysfunctional families is hardly a new notion in crime fiction (The Big Sleep, Savages) but because family dynamics can be twisted into so many different pretzel shapes, it's one that a good writer can always find ways to exploit. Author McLean does just that, eyeballing the extreme behavior people will display for their children, for their siblings, and for themselves. And no extreme is greater, of course, than that which McLean's characters will go to for themselves, no matter how much they tell themselves (and McNee) that they are doing these things for someone else.

Without beating the reader over the head with the questions, without taking sides with his characters, McLean leads one to ponder: Is maternal love a good enough qualification to make a woman a mother? What separates love from possession or even obsession? At what point must self-love trump the love for another?

As with his first book, there are no words or trees wasted in the telling of this bleak story. The author never displays an overfondness for the appearance of his own words on paper, never gets himself between McNee and the reader. The entire story has the bitter ambiance of a "Forget it, Jake. It's Chinatown." all over it. Is it noir? Well, if everyone is wrong going in, and they're wrong or dead coming out, I think that qualifies. 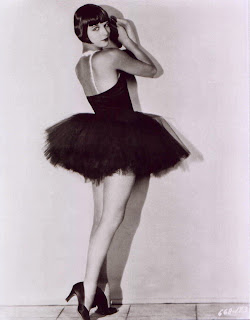