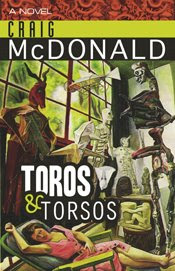 Synopsis: Toros & Torsos covers a string of murders stretching over more than two decades: 1935, the Florida Keys: Crime writer Hector Lassiter is caught up in the devastation of the great Labor Day hurricane that killed hundreds. Concurrently, a string of murders occur in which the corpses are posed in the manner of surrealist paintings. The murders get too close to Hector and he is devastated. 1937, Spain: In the midst of the Spanish Civil War, Lassiter takes a lover, an artist who has a connection to the surrealist murders in Key West. Lassiter is also denounced as a spy. A close-up-and-personal brush with the Secret Police prompts Lassiter and his long-time friend Ernest Hemingway to take drastic action after they learn similar surrealist murders have been taking place in Spain. 1947, Hollywood: Lassiter and Hemingway are on the outs after the events in Spain. Lassiter encounters a sinister, decadent group of surrealist artists, one of whom is father to one of the Key West murder victims. Between bouts of screenwriting, Lassiter is also babysitting Hollywood's enfant terrible, Orson Welles. 1959, Cuba: Ghosts rise up to haunt both Hector and Hemingway.

Review: Well. Sometimes you can finish a book, have a lot of great things to say about it and at the same time feel completely inadequate to the task of articulating it all. That's me. That's this book. I've spent three days trying to write a coherent review that encompasses the scope, depth, style, and intrigue of this book. I can't do it, I haven't the skill or talent. Hell, I'm not even sure I've really got my head around the whole story yet. The scope of the book covers more than just a lot of time: Natural disaster, art, politics, espionage, friendship, betrayal, murder, vice, psychology. If a picture says a thousand words, then this book trailer says it all for me:


So instead of a genuine review or analysis of this book, let me say a few things:

First, disabuse yourself of the notion that this book might be a straightforward PI or police investigation. Uh uh. This is the rare book that exceeds and expands its genre while also succeeding in it. If you prefer pure escapist reading that demands nothing from you, the reader, skip this book. But if you like a book that places demands on you, not unreasonable demands but the kind of challenges that stir you up, pique your interest, and make you turn to Google time and again (to investigate Spanish torture cells, surrealist art, the Labor Day hurricane of 1935, Franco, FDR, Andre Breton, a game called 'Exquisite Corpse,' the Minotaur, Jonathan Latimer [of whom I had never heard but now have added to my 'must read' list]), the kind of book that weaves art, history, biography, and action together, then read this book. For my friends whose tastes run strictly to the likes of Janet Evanovich and James Patterson, I don't recommend this book. But for those who, like me, enjoy James M. Cain, Dashiell Hammett, Ken Bruen, James Lee Burke, I would recommend this book wholeheartedly. If this book is not a nominee for most of the crime fiction awards next year, then you know the fix is in. You will not read a crime fiction novel anything like this one in the next year, and you'll read damn few that are as good. John Banville could take a lesson in how to be both literary and two-fisted. 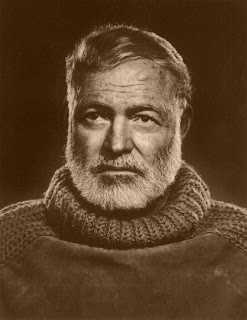 If in this age of political correctness you've been inundated with but not overwhelmed by the strong heroine capable of kicking ass without smearing her mascara, if you've been longing for a femme fatale with emphasis on the femme while the fatale is original and horrifying, then this is a must read for you. If you like your protagonists tough, smart, hard-drinking and just cold-blooded enough to commit murder, this book should be in your hands right now. McDonald doesn't cater to political correctness and why should he? Neither the term nor the attitude existed during the time period of this book. (And I can just hear Hemingway saying 'Kee - rist!' should someone explain it to him.) And don't confuse a lack of PC with misogyny. The author makes a clear distinction between the two. 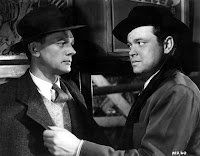 McDonald does a masterful job of incorporating historical figures with his fictional characters. The words coming out of Orson Welles' mouth sound like Orson Welles, no kidding. Hemingway is precisely as I had always pictured him, warts and all. Hector Lassiter is enough like Hemingway that it's easy to buy into their friendship but enough unlike Hemingway, in the important ways, that it's also easy to buy into their falling out. Not content with overlapping his fictional creations with historical figures, McDonald weaves into the tale fictional characters that are not of his own creation. Case in point: A dinner guest mentions that she is reading a western novel by Holly Martens. Just in case that name doesn't ring a bell with you, Holly Martens was the name of the character, a writer of westerns, that Joseph Cotten played in The Third Man. And who starred in that film with Cotten? Orson Welles. But Orson Welles appears as himself in this story. Are you starting to get the idea that this book may be a little ... surreal?

In fact, the section of the book that occurs in Spain has the dark, angular, twisty feel of 'The Third Man,' as Lassiter, for all his nous, is sometimes naive about the people he most cares for, just in the way that Holly Martens was unaware of the true character of his good friend Harry Lime. Everything in this story's Madrid is all light and shadow and everyone has the truly skewed perspective of the surrealists. If there were to be a soundtrack to this section of the book no doubt it would be that relentless zither used in The Third Man. 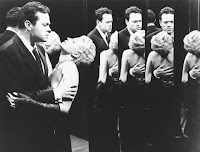 In the Hollywood section, the music in the background constantly echoes the events and emotions. Appropriately, the author created a soundtrack to the reader's mental film of Hector's story. Welles is creating his surrealistic fun house for the climactic scene in The Lady From Shanghai. As Lassiter becomes a threat to the surrealist clique, they move to place him in check by framing Welles for murder. And when the House Un-American Activities Committee starts to take an interest, everyone gets nervous. John Huston comes across, not necessarily as incestuous, but in every other way as despicable as the character he portrayed in Chinatown.

The narrative wraps around itself in the impossible manner of a Mobius strip, or perhaps an Escher drawing, returning time and again to surrealism, the works of art and also the practical application (perhaps I should say the physical manifestation) of the surreal philosophy, e.g. the torture cells 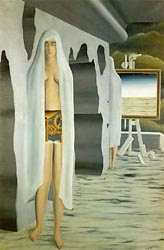 that were based on surreal art, murders, misogyny and general debauchery. I don't know whether the author's aim was to shred the philosophy and art of the surrealists, but I thought that was certainly one of the end results of this story. I used to enjoy working my way through the visuals of a Salvador Dali or a Rene Magritte painting but I will never again be able to view their work with as much detachment. Or that of any other surrealist. And if I never see another photo by Man Ray, that's okay by me.

But I'll be first in line to buy the next Craig McDonald book.
at 9:34 PM