REVIEW: THE BODY IN THE RECORD ROOM by Joe Barone 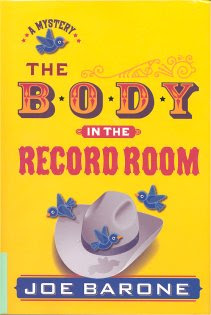 SYNOPSIS: Sunrise Mental Hospital, Sunrise, Missouri, 1954. Meet Roy Rogers. No, not that Roy Rogers. An inmate who thinks he is Roy Rogers. When Roy, who may be mentally unbalanced but could never be considered stupid, finds a murdered ex-priest in the record room of the asylum he opens up more than one old can of worms, and the ex-priest isn't the last body that's going to be found.

REVIEW: When I began this book, I had the impression it was going to be one of those cute, quaint cozies. Wrong. I would never describe the book as a thriller or noir or edgy; instead there is an overwhelming tenderness in this story that I would never have guessed at from reading the dust jacket. Author Barone will not denigrate his characters by relegating them to the 'cute and quaint' genre; they are not merely eccentric, they are genuinely ill. But like the main character, Roy Rogers, through whose eyes we read the story, the mentally disturbed are not necessarily stupid or irredeemable. They face daily challenges most people cannot fathom, and -- the author drives this point well and truly home -- they have value.

Neither should the reader expect the Sunrise hospital to be a modern equivalent of the hospital in Kesey's One Flew Over the Cuckoo's Nest. This is not a story about the shocking abuse that occurred in many such institutions (and still occurs today, in both hospitals and nursing homes). For the most part, Sunrise is an orderly place where the employees are led by the 'little man' in trying to help and heal the world's least understood illnesses. Barone never gives a name to the 'little man' in charge of Sunrise. Little man is what he is both physically and metaphorically, a David battling against, to borrow from Ben Franklin, "odds greater than a more merciful God would have allowed." To protect him, the one human who sees value in the lives of these sad people and maybe Roy's lifeline to a world without demons and delusions, Roy must rise up to embody his namesake and find the killer without bringing political retribution (and possible closure) on the hospital. 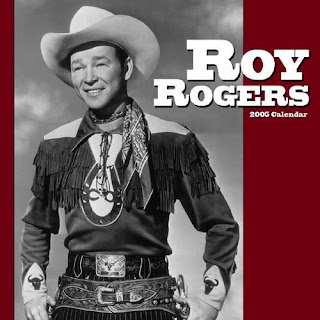 I won't kid you and say this book is brilliantly written. There are a few too many minor characters cluttering the landscape and some of the expressions used seem far too contemporary for 1954, but the problems really are minor and for me, were easily overlooked. The mystery binds the story together, but it is really Roy's growth and struggle to understand both himself and the world that made him which touched my heart. I found the story alternately amusing, poignant, intriguing, and so very sad. The sadness is because the author's message about how we care (or mostly don't) about mental health treatment in this country is too true, and too easily charted in the dollars and cents of state budgets, in the number of homeless and the degree of violence among the homeless, in the trickle-down Reaganomics that put so many of the mentally ill on the streets to fend for themselves or in nursing homes ill-equipped to deal such patients. Or in prison where they get little or no treatment and are often killed by some of the 'sane' people.

I particularly liked the way employees and patients sometimes banded together to keep the hospital running quietly. The following excerpt is a fine illustration. Here, the 'little man' needs Roy to do him -- and the other patients -- a favor. The 'Harry' referred to is Roy's sidekick and strong right arm and animal lover.

"Harry has a puppy under his bed," he said to me when he got me away from the crowd.

"You know we can't have that. I know how Harry feels about animals, but we can't let him have a puppy on the ward."

"Take it away and he'll just get another one."

"I've done all kinds of things for Harry," the little man said. "I got him the job cleaning out the horses' stalls, and he tries to leave them flowers. Now he's hiding a dog under his bed."

"Maybe we could build a doghouse out around the barn."

"And let Harry keep the puppy there," the little man replied. He was considering it.

"It wouldn't work," the little man said finally. "We'd have to get the dog its vaccinations and get it neutered or spayed -- I don't even know what kind of dog it is." ...

The little man seemed to stop and think a minute. Then he shook his head. "We can't do it," he said finally. "Half the patients in the place might like to have a pet. We just can't do it."

And that was that. The little man was a good man, but he could be hardheaded, too.

"I'll give you two days to get the dog out of there without..." He paused.

"Without upsetting Harry." The little man smiled and then walked away. He knew what he was asking me to do. Find a way to let Harry keep the dog. Harry wouldn't be happy any other way. But find that way without anyone around the hospital knowing what was happening. In other words, go around the rules, but don't let the authorities know it, and the little man was the "authorities."

Well, his wish was my command, so I set out to do it.