I've got those garage band blues... 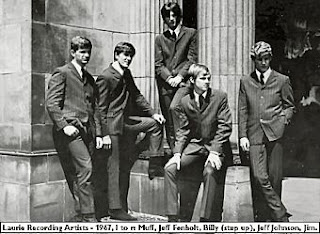 My iPod, the 30-gig shuffle, is loaded. That's a lot of music, so some of it rarely comes up, especially since I listen mostly to my playlists. But today I just let the 'Pod shuffle through everything and so I got to hear some songs I haven't listened to since, well, probably since I loaded the device four years ago.

Case in point. The Fifth Order. You never heard of them, trust me. They were a local band, my favorite back in the day, the day being mid-to-late 1960s. They played local clubs where I couldn't go; I was too young to be admitted. But they also played at places like auto dealerships and roller rinks and at fairs. Along with many another band, they were sometimes the live entertainment on a local version of American Bandstand called Dance Party with Jerry Razor. Dance Party could occasionally come up with some nationally known bands as well, which made it "must see TV" for me: Kenny Rogers and the First Edition; The Lemon Pipers (woof); maybe The Buckinghams, but that may be a false memory.

But I would have walked miles, literally, to see The Fifth Order. Along with The Dantes, I would say they were the most popular of the local garage bands in central Ohio at that time. The rhythm guitarist and second vocalist was Jeff Fenholt, who later starred in the title role of the original Broadway production of Jesus Christ, Superstar. Fenholt had a strong voice at that time and he was capable of conveying great passion. Whenever he went into his rendition of James Brown's Try Me, I melted into a teenage puddle of hormones.

And yet Fenholt wasn't the lead vocalist. That position was held by a skinny guy named Billy Carroll. He had long hair that was usually in motion when he sang, so I really don't have a clear memory of what he looked like. I only remember what he sounded like, and I loved his voice. Looking back, Fenholt probably had the greater range and power. What Billy had was what every entertainer wants: charisma. He could sell a song like nobody else in town. They were a great cover band, they could play anything, and play it well, and at some venues they pretty much had to.

And The Fifth Order were smart. They always seemed to be on top of what was new and "happenin'." Hip, definitely hip. I took several musical cues from them. If they played a song I had never heard, I had to buy that record (or get my older sister to do so). The first time I heard Mercy, Mercy, Mercy, Billy Carroll was singing it. I was never satisfied after that with The Buckinghams' version because Billy was a lot more soulful than Dennis Tufano. First time I ever heard Purple Haze, the Fifth Order did it. I sure never heard it on AM radio. So okay, The Fifth Order weren't a patch on Hendrix musically, but they were here, and Hendrix was somewhere else. When you're 14, that counts for a lot.

The band was popular enough that they eventually went into the recording studio. Not New York though. Cincinnati. Yeah. I don't know whether the band ever wrote any of its own music, but it's for sure they didn't record anything they'd written. The songs they got handed to them were meh. None of the songs they recorded really allowed the personality of the band to show through. None of them were ever going to get picked up nationally; even the band must have known it at the time. If I knew it, they had to know it. Even so, the two singles that were released did, I believe, top the local radio charts for WCOL-AM, the one rock'n'roll station in Columbus at that time.

Fenholt's life after Broadway has been unusual to say the least. Last I heard he was a televangelist on the small scale. I heard rumors that Billy went to California years ago and that drummer Muff Comfort died. The other, Jim Hilditch and Jeff Johnson: no clue as to their destiny. I hope they are all well and happy. So what if they didn't have as much influence on my life as The Beatles? Their music made me happy on more than one Saturday afternoon as I danced in front of the TV or in the parking lot at Dick Clifton's Rambler Land ("Columbus's dealingest dealer!"). And their music made me happy again, and even a little bit young again, today. 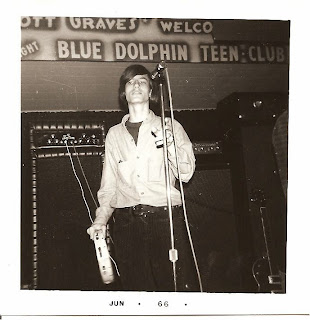 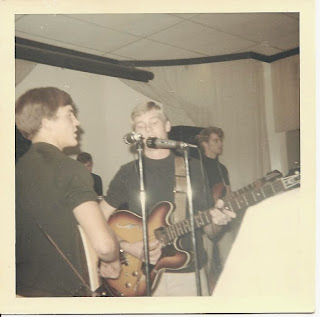 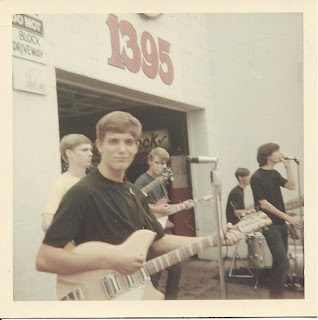 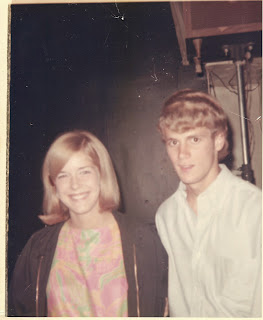