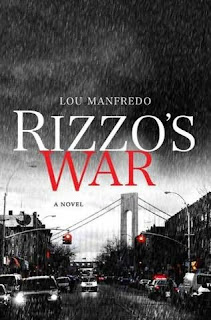 SYNOPSIS: NYPD Detective Mike McQueen has had his gold badge exactly three weeks when he is partnered with veteran Detective Joe Rizzo. Rizzo has a case clearance rate so outstanding that he is clearly the right guy to teach the younger man the ropes. A clearance rate so outstanding that he should have been promoted out of Brooklyn long ago. The partnership between the clean-cut newbie and the grizzled veteran has not fully solidified when they get an off-the-books assignment to find the runaway daughter of a city councilman. The daughter is not a minor, no crime has been committed, so how are two honest cops supposed to keep the investigation on the QT, get the mentally disturbed young woman back home, and not break any laws? Oh, wait. Maybe, just maybe, one - or both - of these detectives isn't as honest as he could be.

REVIEW: Okay, if you're looking for serial killers, gore, shoot-em-up-bang-bang action, go read a different book. If you're looking for a story with a complex web of moral and ethical dilemmas layered with gritty, tenacious police work, then open the pages and enjoy Lou Manfredo's debut novel.

The reader gets to know only two characters well, the wet-behind-the-ears McQueen and the wily Rizzo, and then we really only get to know them on the job. We see that they have private lives, but on the job is where they really live. Police work isn't what Rizzo does, it's what he is. McQueen has had a small taste of success, getting his detective badge via serendipity rather than getting it the old-fashioned way of earning it, and this has awakened his ambition to make it out of Brooklyn and into an office at One Police Plaza. Watching these two disparate men work toward a relationship of trust and understanding while coping, or trying to cope, with the constant moral and legal ambiguities of the job is really what this book is all about.

The structure of this book is an interesting one. Fully the first half of the book is episodic, as the two detectives tackle case after case: Burglary, assault, attempted rape, suicide. The reader is riding along, learning as McQueen learns: How to observe a crime scene, what crimes to expect - and when to expect them - in certain neighborhoods, that it's better to grant favors than ask them. Especially that last item. Rizzo holds markers all over the city, which is just as well because halfway through the book, when the detectives finally draw the no-win case involving the councilman's daughter, Rizzo is going to need every single favor he can swing, even from the likes of the Hell's Angels. And that still may not be enough to save his and McQueen's careers.

Manfredo plays no tricks on the reader. No time shifts, no alternating first-person POVs. The prose is straightforward, with dialogue that sounds like natural cop talk but avoids annoying and mystifying jargon. Thus it becomes very easy for the reader to slip into McQueen's or Rizzo's shoes and ask himself, 'What would I do if I were faced with these situations? What's the right thing to do?' And that's what young McQueen is always asking, both of himself and Rizzo: What's the right thing to do? And Rizzo's answer is consistent: There is no right, there is no wrong, there just is. Read this book and see if you agree with Rizzo.

Here is the author, at Otto Penzler's store in New York City, discussing the people who helped shape the novel and get it published: